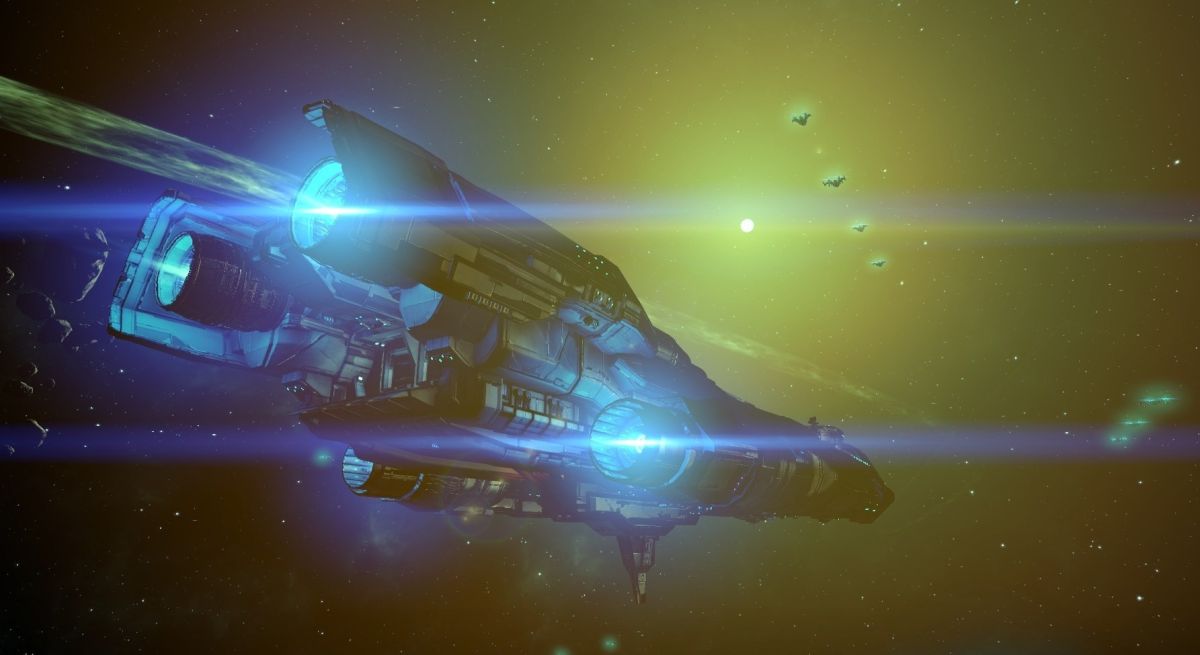 The sprawling space sim X Rebirth, in spite of its fine heritage, was not good. It was so bad, in fact, that developer Egosoft apologized for the whole thing, and to its credit has put in considerable effort trying to improve matters. A major step in that direction will be taken with the launch of the X Rebirth VR Edition, slated for an Early Access release in the first half of 2017. But likely even better for fans of the series is word that a new game, X4, is also in the works.

“X Rebirth VR Edition is a super-exciting development for us,” Egosoft managing director Bernd Lehahn wrote in the latest X-Universe newsletter. “Playing this with a VR Headset feels like finally playing space games the way they were meant to be played all along,”

The VR version will be significantly changed from the original, with a new graphics engine, redesigned economy, and updates to the UI, pace, and balancing. Unfortunately, all those modifications mean that existing saves won’t be compatible with the new release: If you want to play in the VR space, you’ll have to start a new game.

As for X4 (which is what I’m really more excited about), Lehahn said it’s too early to talk about details, and the game doesn’t even have a proper name yet. But Egosoft is “making good progress,” and he wanted to clarify what’s been happening, and what fans of the series can look forward to.

“When we worked on X Rebirth we needed to make a lot of simplifications. We removed some features in order to be able to concentrate on others. But when X Rebirth was released, many fans expected it to be an ‘X4,’ a game with most of the key features of the X3 games and then some,” he wrote.

But it’s just not possible to create a game of that scale that within the limitations of X: Rebirth, and so those features, “along with the foundations laid by all the work and feedback that went into X Rebirth, have been the basis for the big project that we have been working on for the last few years: a real X4,” he wrote. “While I cannot say much about its features yet, what I can tell you about it so far is that it will allow you to fly many different ships, it will give you an all-new interface to manage large fleets, and it will give you full freedom when building stations from individual modules.”

Lehahn said Egosoft will have some “really cool things” to reveal in 2017, but even without the albatross of X Rebirth hanging from its neck, it has a big task ahead. The earlier X games were quite good, but they also existed in a time before Elite: Dangerous and Star Citizen. Is there room in such a niche genre for another wide-open space sim.