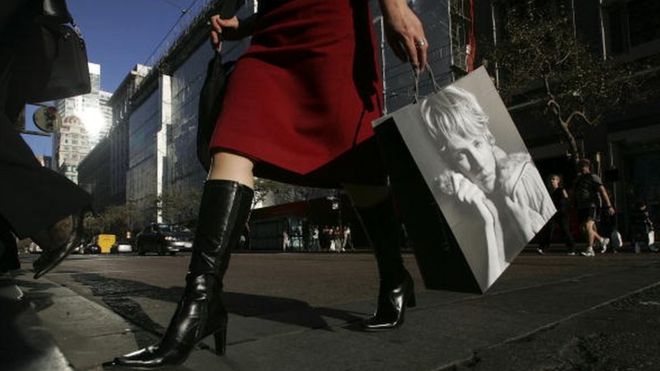 The US economy grew at a much slower pace than expected in the second quarter and GDP was revised down in the first three months of the year.

The world’s largest economy grew at an annual rate of 1.2% in the three months to June, far below forecasts of 2.6%,

Conversely, consumer spending surged in the three months to June by an annual pace of 4.2% – the fastest pace since the fourth quarter of 2014.

The Federal Reserve indicated on Wednesday it was still on course to raise interest rates this year after “near-term risks”, such as slowing employment, diminished.

Steven Englander, global head of foreign exchange strategy at Citigroup, said: “This isn’t bad enough to signal that the US economy is falling apart, but it’s another nail in the coffin of a September Fed hike.”

Although consumer spending grew, business investment, which includes stock, supplies, equipment and buildings, fell by 9.7% in the second quarter. Investment in business inventories fell by $8.1bn between April and June, the first decline since the third quarter of 2011.

Chris Williamson, chief economist at Markit, said: “Inventories are always the unpredictable wildcard in the GDP statistics, and the second quarter weakness was in part due to inventories falling for the first time since the third quarter of 2011.

“The good news is that firms should hopefully start rebuilding stock levels in the second half of the year, boosting growth.”

Government figures released on Thursday had hinted at subdued business spending. The US trade deficit – the different between imports and exports – had widened to $63.3bn in June from $61.1bn the month before.

The latest GDP figures are the first estimate of growth for the April-to-June quarter, and a second reading based on more data will be announced on 26 August.

The US Fed has three meetings remaining this year, in September, November and December.

Mr Williamson said: “While no doubt disappointing, the GDP data are backward looking and whether or not the Fed hikes interest rates again this year depends more on the future data flow than what happened back in the second quarter.

“However, the ongoing softness of growth in the second quarter will no doubt add to calls for policymakers to err on the side of caution and as such greatly reduces the chance of any rate hike before December.”