Telltale Games employees speak out about the studio’s controversial revival 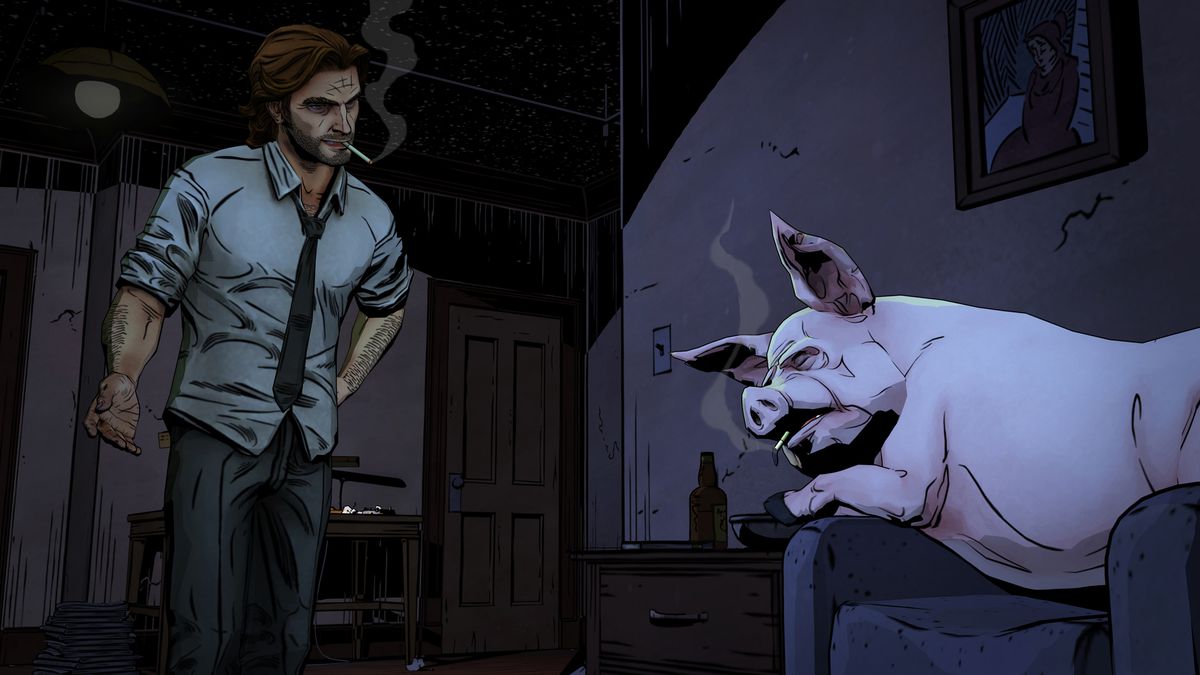 Telltale Games is being revived, but news of its return has been met with a blend of joy, confusion, and bitterness.

A company called LCG Entertainment announced on Wednesday that it has acquired the Telltale Games name as well as some of its back catalog, and a parcel of its intellectual properties. It announced plans to make use of the studio’s signature adventure game design tools; to pursue some of Telltale’s former third-party licenses; and to hire former Telltale staff, initially on a contract basis.

Still, questions remain about the new company’s intent. How far does an unrelated company purchasing the remains of an old company in these circumstances constitute a revival? How does the new company relate to the fall of the original Telltale, which closed down last year with the loss of more than 250 jobs. What is the status of the former employees who are now working under contract?

On social media, various claims have been doing the rounds since the announcement, including calls for the new company to pay the debts of Telltale’s original management. Some have even called for a boycott of the new company. Some feel that the new company is simultaneously not a genuine relaunch of Telltale, while at the same time being somehow responsible for the sins of the old company.

“WE WANT TO BUILD A SUSTAINABLE COMPANY.”

It’s not surprising that emotions are running high. Telltale’s demise was a notorious example of game industry callousness, in which hard-working, talented creators were required to work long hours, and then dumped when the company’s executives failed to create profits or value. And the new Telltale is hiring or contracting only a fraction of those laid-off employees, many of whom have moved onto new positions.

“It is imperative that we take a slow and methodical approach to growth,” said new Telltale Games CEO Jamie Ottilie in a follow-up interview with Polygon. “We want to build a sustainable company with a healthy, non-crunch work culture.”

Explaining the short-term plan, Ottilie said, “We will be hiring eight to 10 people in the next six months and will be somewhere around 30 by the end of our first year. We would love to bring back everyone who wants to come but that just isn’t the economic reality of the games industry and it would be irresponsible of us to do so.”

Initial reactions from former Telltale staff are, understandably, skeptical. Onetime episode lead writer Jessica Krause posted on Twitter: “If this new Telltale really wants to bring back the studio and are genuine in their intents, then I honestly hope it works out. But hiring former devs on a freelance basis in the most expensive part of the country [San Francisco area] doesn’t really encourage me that much.”

She told Polygon, “This news has been difficult to digest … There are a few former Telltale employees who are employed by this new company which has purchased and taken on the Telltale name. They seem excited to be involved, and understandably wary, given the state of games, about broadcasting their involvement.

“I admit that I’m skeptical, but given the enthusiasm of those involved, I’m choosing to be cautiously optimistic about this new company calling itself Telltale,” she added. “I’m happy that the games we made will once again be for sale, and I’m happy that the IP aren’t dead in the water. But more than anything else, I hope beyond hope that this new Telltale will treat its employees better than its predecessor. Because games aren’t made by brand logos that you can buy. They’re made by people who deserve care.”

Telltale’s return is currently being coordinated by Sara Guinness, who was director of operations at the old company. She has taken on the same role at the new Telltale and is working out of a satellite office in Corte Madera, California, near Telltale’s old headquarters, which were north of San Francisco in San Rafael.

According to one former employee, Guinness was well-liked and respected at the old company and had no part in the executive decisions that led to the demise of Telltale.

“My title remains the same, but there is a massive difference between that role in a company of hundreds versus a company that is essentially a start-up,” Guinness told Polygon. “Pre-LCG, my role was focused on the platform and submissions side of releasing games. Now, because of our small size and our [publishing] partnership with Athlon my focus is on everything from securing the Corte Madera office to making future plans for projects to staffing to IT matters to scoring rolls of paper towels when the office runs out.”

“HOW COULD ANYONE NOT APPLAUD THIS MOVE?”

She said her goal is to avoid repeating the mistakes of the old company, to “honor the original Telltale staff” and to “add more positive history to the story of Telltale.”

When asked about hostile reactions to the company reboot, she said she understood the underlying emotions, but added, “It would be nice to at least see an ‘innocent before proven guilty’ approach being taken here. Objectively, we have two leaders and a group of additional investors who truly believe that Telltale’s games came to an abrupt and avoidable end, and decided to scoop up what they could and bring this brand and its products and its people back to the active market. How could anyone not applaud this move? I think it’s both wise and courageous to take the Telltale brand on and have the phoenix rise from the ashes.”

Brett Rogstad worked in Telltale’s art department for three years, specializing in lighting. Since the closure of Telltale, he’s done some work for Skybound Games, which picked up Telltale’s The Walking Dead license and finished the series final season. He’s working at the new company, under contract.

“I feel the contract is fair,” he said. “I wouldn’t have signed it if it wasn’t or if I felt that I was being taken advantage of.” He said he was approached by Guinness and offered work.

“I was looking for my next paid gig because I like eating food and living under a roof,” he joked. “I think LCG wanted someone with a competent grasp of the Telltale Tool from the art side that could jump right in since they had acquired some of Telltale’s library and needed to immediately support those games. So the timing worked out great for both parties.”

Like Guinness, Rogstad says his new job is more “all hands on deck” than his former specialization. “I get to use skill sets that weren’t quite taken advantage of at Telltale prior, but I’m also given the opportunity to creatively grow in areas that I didn’t have much experience or knowledge before,” he said.

“THE CYNICISM IS UNDERSTANDABLE.”

On the return of Telltale, he said, “My reaction to the news was a mixture of skepticism, amusement, and a little hope.”

“It would be cool to see LCG take on Telltale’s legacy and evolve it to the direction it needed to go,” he added. “Right now, I get the feeling creative wheels are turning and ideas are being explored. […] I’m cautiously optimistic. I think there’s a lot of pressure and expectations in taking over, not just the games, but also the Telltale brand. Telltale is a well known name, but there’s also a lot of baggage associated with that name.

“From what I’ve experienced, in my current contract work, the Telltale machine that was churning out the same kind of game, but with different skins, hasn’t been restarted. There’s nothing immediately raising any red flags. [The new owners] are definitely taking things one step at a time.”

When asked about hostile reactions to the relaunch, he said, “The cynicism is understandable but also a bit much. Skepticism is healthy and keeps LCG on their toes if they want their future games, and the brand, to shine. But it’s disingenuous to insinuate this is a bunch of nobodies without any prior affiliation.

“The industry talks about supporting the developers and having their backs. Here is a situation where some investors resurrected a failed company, and in the process, chose to bring back developers whose lives were affected by that failure. Let’s not cast shade yet. Regardless if I continue on past this contract, I hope LCG continues to reach out and hire ex-Telltale staff because they were some great, talented people who were beginning to shine with a new creative freedom when everything collapsed.”

Guinness said she hopes more former Telltale alumni will be able to return.

“Former employees have been essential to standing this back up operationally and former employees and contractors are the first ones that come to any of our minds as we need new staff,” she said. “In fact, several have been approached that are now gainfully and happily employed elsewhere, but still want to help advise and wish LCG the best. It’s all about the people, always was, always will be.”