SpaceX confident its StarLink will offer broadband internet from space by 2020: Report 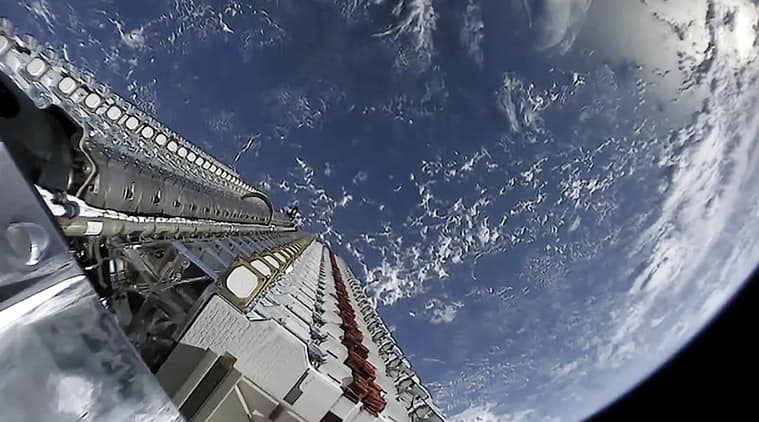 SpaceX has said it is confident that its space-based broadband internet service will be live by mid-2020 and the system is already being tested by the US Air Force. This was revealed that SpaceX’s President and chief operating officer Gwynne Shotwell, according to a report on SpaceNews.com. Her remarks follows two tweets by SpaceX founder Elon Musk, who indicated that he was tweeting using the StarLink broadband service.

The report adds that SpaceX will launch six to eight batches of satellites in order to ensure the service starts going live by mid-2020. However, SpaceX is yet to finish the design and engineering of the user terminals, which will received the internet connection. Shotwell admitted that this was not an easy task.

On October 22, SpaceX CEO Elon Musk used the Starlink terminal to send out two tweets. “Sending this tweet through space via Starlink satellite,” he wrote first, followed by “Whoa, it worked!!”

In May 2019, StarLink put its first batch of 60 satellite into the low Earth orbit, which was the first step in company’s ambitious plans the Starlink Internet Service. However, SpaceX needs six to eight Starlink launches more to ensure continuous service in upper and lower latitude bands, said Shotwell, according to the report. “We need 24 launches to get global coverage. Every launch after that gives you more capacity,” she was quoted as saying.

With Starlink, SpaceX wants to provide broadband internet access globally with a constellation of 12,000 low-orbit satellites in three different orbital shells. The whole Starlink constellation will orbit Earth at 500 km to 1300 kms.

Once SpaceX completes its Starlink network, users will need a $200 receiver to access the internet, which will be small enough to fit in homes, the roof of cars, ships, aeroplanes, etc. The idea of providing broadband internet from space is not new and SpaceX is certainly not the first time company to be using this.

However, SpaceX has claimed that the Starlink internet service will offer speeds comparable to wired internet services with claims of 1GBps speeds and latency of around 25 and 35ms. High latency is a major issue for internet from space, and if SpaceX is able to solve the problem, it would make the service stand out.