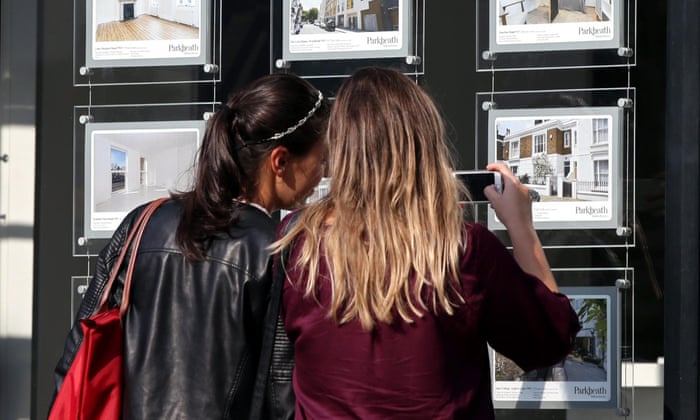 Easier access to mortgages with a small deposit has offered some glimmers of hope for first-time buyers struggling to get on to Britain’s housing ladder, according to a new report.

Research on the amount of time it takes to save for a down payment on a home suggests buyers have been helped by the greater availability of mortgage loans at higher loan-to-value (LTV) ratios.

The estate agent Hamptons International said that in the final months of 2016 it would take an average single first-time buyer 11 years and nine months to save a 15% deposit. But reducing the deposit to 10% cut the saving time to eight years and three months. For a deposit of just 5% the time to save was four years.

Hamptons highlighted Bank of England figures that suggest such deals with smaller deposits have become more widespread in recent years. The proportion of loans made at a 90% or more LTV ratio was 5% in 2016, up from 3.8% in 2015.

Hamptons said that increasing availability of lending at higher LTV, combined with lower mortgage rates, had improved the ability to buy for first-time buyers. That cautious optimism over affordability chimes with other commentators on the housing market who have highlighted recent signs of cooling in price growthas good news for first-time buyers.

However, the estate agency cautioned that the fact house prices grew faster than incomes last year meant anyone going for a mortgage with a 15% deposit would have found it harder, not easier, to save for their down payment. The average length of time for a single first-time buyer to save a 15% deposit in the fourth quarter of 2016 was a whole year longer than in the fourth quarter of 2015.

“It still takes an average single buyer nearly 12 years to save a 15% deposit for their first home. That’s a whole year longer than at the end of 2015. But it’s not all bad news,” said Fionnuala Earley, residential research director at Hamptons.

“Lenders are increasingly offering higher loan-to-value mortgages and the rates charged on them have come down more than for any other mortgage type.”

A separate report from chartered surveyor e.surv found that buyers who put down a small deposit were making up an increasing share of the market.

Richard Sexton, a director at e.surv, said: “This is a trend which started at the end of last year and has continued into 2017. Likely buoyed by the number of government schemes and low mortgage rates across the board, small-deposit buyers are growing in strength in today’s mortgage market.

“A more first-time buyer oriented market is good news for all as new buyers help start chains and allow others to move up the housing ladder – vital for a properly functioning property market.”