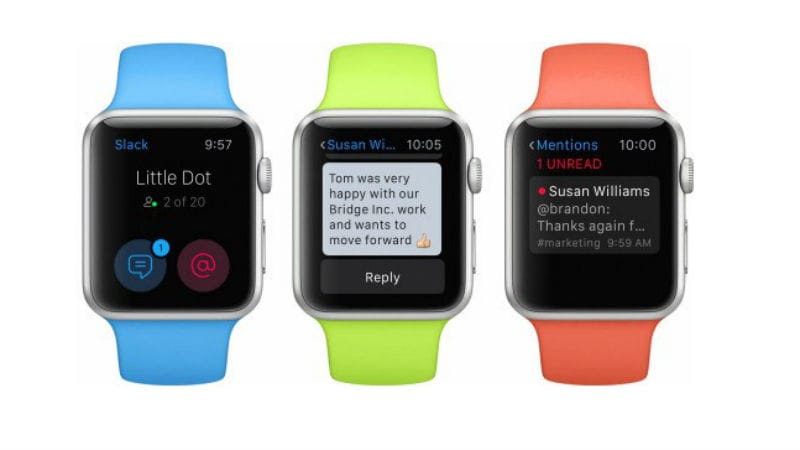 Slack, in an update to its iOS app on Thursday, has removed its standalone Apple Watch app. Slack, a team communication and collaboration platform for businesses, is the latest company to end development of apps for the Apple Watch and start focusing on solely Apple’s iOS platform. Meanwhile, in the latest G Suite integration, Google is enabling users to view their Slack activities from within Google Drive.

Notably, Slack users will still be able to reply to incoming messages on their Apple Watch with rich notifications. The update brings the app to version 3.36 and in its App Store Preview, Slack says, “Apple Watch users, there’s now one iOS app for all of your needs. We’ve removed the standalone Watch App, but rest assured, receiving and replying to messages from your wrist works the same as before. It’s like two for the price of one, but with apps.” Earlier, users could see unread mentions and reply to direct messages in the Slack Apple Watch app. Users could also receive notifications, though the feature is still available.

When Apple released watchOS 3 in 2016, it allowed app developers to make standalone apps for the Apple Watch, many companies jumped on the bandwagon. However, many of them realised that people weren’t using anything other than a quick interaction with those apps. This led to many companies pulling out their standalone apps from the Apple Watch. For instance, Twitter also removed the app from Apple Watch in September last year. Even Google Maps, Amazon, eBay among others had ditched their Apple Watch apps.

When it comes to the G Suite integration, Google has added activity events which enable users to see, in Drive, when a file is shared or discussed from within Slack. Google says it makes it easier for users to track changes in files in both Drive and Slack. The G Suite integration was announced in 2016, where users could create and share Google Docs and Drive files directly within Slack.

In the latest update, two types of actions are logged as events, either when someone shares a file stored in Google Drive, or when someone comments in Slack on a Google Drive file shared in the portal. Google says, “In these events, you will see information about when the action occurred, who did it, and where it happened. The events in the activity logs are private to only those who have access to both the document, as well as the Slack channel or team where the document was shared or discussed.”

Additionally, Google also launched more language support for the Google Drive integration in Slack. Now you can use Slack in languages such as French, Spanish, German or Japanese.