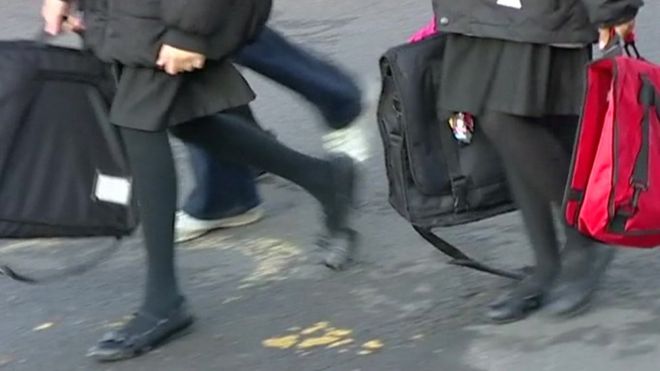 The Times Educational Supplement obtained the data from 30 police forces under Freedom of Information law.

Mr Posner, chief executive of the charity, which runs a national programme tackling prejudice-related behaviours among young people, told the TES that the charity had heard more “disparaging” comments in school workshops since the vote.

“Language that we might consider to be either racist or prejudiced has become more normal and more accepted recently,” said Mr Posner.

The TES sent freedom of information requests to all 39 of England’s police forces.

Of the 32 forces to respond, 30 provided comparable data.

The figures revealed that compared with the same periods in 2015:

A small survey of 345 ATL members published during their conference showed that more than a fifth of teachers had noticed hate crime or hate speech incidents in their schools during this academic year, and 17% believed it was a growing trend among pupils.

At the time, the union’s general secretary Dr Mary Bousted said schools needed to educate children “to build a culture of tolerance and respect” as part of their anti-bullying policies.

“We hope that schools can support staff to educate young people in recognising and challenging hate crimes and hate speech wherever they occur,” said Dr Bousted.

At the end of July last year the government announced a review of the ways in which police in England and Wales handle hate crimes and bullying against pupils and staff from minority groups after a sharp rise in the month after the EU referendum.