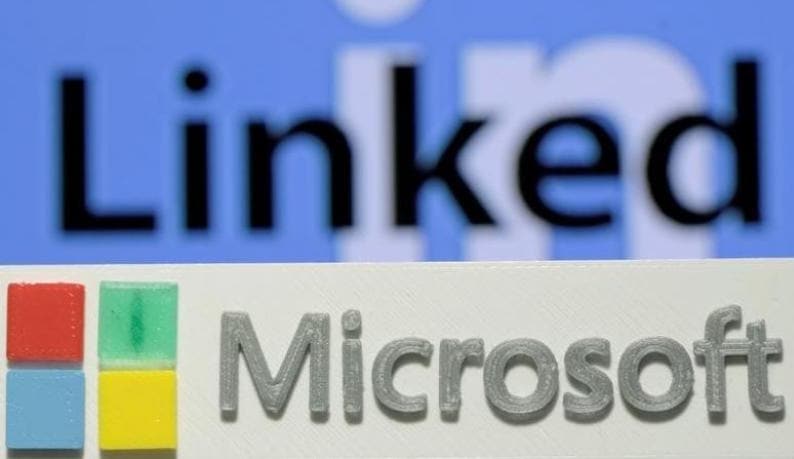 Salesforce.com, months after losing out on a bid for LinkedIn, is urging regulators to scrutinize Microsoft’s acquisition of the social network, alleging that the deal would pose a threat to competition and privacy.

Salesforce plans to tell US and European antitrust officials it has concerns about the combination, Chief Legal Officer Burke Norton said in a statement Thursday. The $26.2 billion (roughly Rs. 1,74,688 crores) acquisition, Microsoft’s largest ever, has been cleared by US regulators and hasn’t yet been officially submitted for European Union approval. The commission is already seeking information from rivals – a routine step when reviewing the implications of a large transaction.

“Microsoft’s proposed acquisition of LinkedIn threatens the future of innovation and competition,” Norton said. “By gaining ownership of LinkedIn’s unique dataset of over 450 million professionals in more than 200 countries, Microsoft will be able to deny competitors access to that data, and in doing so obtain an unfair competitive advantage.”

If European regulators take an extended look, it could add months to a process Microsoft and LinkedIn have said they expected to finish this year. Salesforce’s push against the deal marks a further rupture in the ties Chief Executive Officer Marc Benioff and Microsoft CEO Satya Nadella forged early in Nadella’s tenure in 2014. Relations between the two companies have cooled since Microsoft outbid Salesforce for LinkedIn, the largest professional-networking service, in June, according to people familiar with both companies.

In the Microsoft-LinkedIn review, regulators would look at whether “the data purchased in the deal has a very long durability and might constitute a barrier for others, or if they can be replicated so that others stand a chance to enter the market,” Vestager said in June. “We’ve done that kind of analysis in the past and it’s something we’re generally paying a lot of attention to.”

“The deal has already been cleared to close in the United States, Canada, and Brazil,” Microsoft President and Chief Legal Officer Brad Smith said in a statement. “We’re committed to continue working to bring price competition to a CRM market in which Salesforce is the dominant participant charging customers higher prices today.”

Customer relations
Salesforce is the top provider of software for customer-relationship management, according to Gartner Inc. In 2015, it had 20 percent of the global market by revenue, while Microsoft was No. 4 with 4.3 percent. SAP SE, based in Germany, was No. 2 with 10 percent, a decline from 13 percent a year earlier.

Microsoft, the world’s largest software maker, has faced antitrust scrutiny around the world in the past. The company went through 10 years of European antitrust investigations that ended in 2009, with the company’s pledge to give consumers a choice of web browsers, and was fined two years later for violating that settlement.

An aggressive move by Salesforce to stall the LinkedIn deal would be a step backward for its budding kinship with Microsoft. Just three months into the CEO job at Microsoft, Nadella announced a wide-ranging partnership with Salesforce, a company Microsoft had previously disparaged in advertising and sued for patent infringement. The deal was held up as a hallmark of Nadella’s Microsoft, friendlier to Silicon Valley and open to working with rivals.

“One of the reasons Steve Ballmer is not the CEO of Microsoft and Satya Nadella is is because Steve had a hard time having relationships with other CEOs,” Benioff said in an interview with Bloomberg TV in December 2015. “I know that from my personal experience, and Satya’s the opposite.”

In April 2015, Benioff was a guest at a small dinner with Nadella and close Microsoft partners ahead of Nadella’s keynote at a big Microsoft conference for software developers in San Francisco. The following day, he sat front and center at Nadella’s speech.

That same day, Bloomberg reported Salesforce was working with financial advisers to help it field takeover offers, a process that had Microsoft evaluate and reject the idea of a deal, people familiar with the matter said at the time.

LinkedIn battle
One year later, the two companies found themselves interested in the same target: LinkedIn. Salesforce battled Microsoft deep into the negotiating process, forcing Microsoft to boost its offer to buy the professional-networking service just days before the deal was announced.

Benioff himself has spoken publicly about being outbid — and has pointed out how much larger Microsoft is than his company. He would do everything differently if given the chance on LinkedIn, he said during an interview on Bloomberg Television earlier this month.

He added that he can’t win all the deals – and that’s especially true “when you’re going up against a Microsoft who has all the power and all the money and all the resources — and kind of that monopolistic control – you’re at a disadvantage,” he said. He also said that “we wish them the best.”

Since the LinkedIn contest, Salesforce has agreed to buy Quip, a word-processing startup that competes with Microsoft, and Microsoft sent out a release saying its customer-relations software had replaced Salesforce at HP. Earlier this week, Microsoft announced a deal with Adobe Systems to favor that company’s marketing software, which competes with Salesforce’s.

Benioff stepped up his criticism of the deal on Thursday, at least on his Twitter feed, alleging that a Microsoft executive said the company planned to use the LinkedIn deal to squeeze rivals out by bundling products and blocking data access.

“Amazing @ Scottgu says @ Microsoft 2 use @ LinkedIn data 4 anticompetitive bundles & denying access the data to rivals,” he wrote, linking to the transcript of a Sept. 13 presentation by Microsoft executive Scott Guthrie.