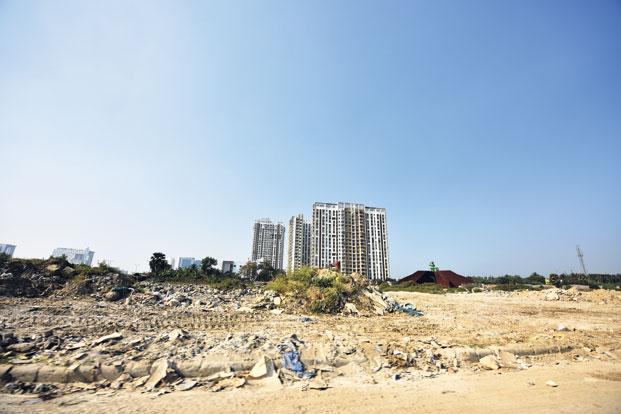 A slew of real estate developers such as Tata Housing Development Co. Ltd, Shriram Properties and Infrastructure Pvt. Ltd, House of Hiranandani and The Address Makers are venturing into plotted land development projects, where they will sell small plots instead of apartments.

Bengaluru-based Shriram Properties, part of the Shriram Group, is eyeing plotted development as an emerging business opportunity, one that allows it to expand its presence across cities as well as expand across cities in an opportunistic way. It plans to sell plots in two locations in Bengaluru, two in Chennai and one each in Visakhapatnam and Coimbatore.

“We are looking at it like a separate business. A lot of developers are moving out of this business, many of them land aggregators, and it creates an opportunity for us in such times when customers want to only buy from established real estate brands,” said managing director M. Murali. The firm will enter such projects through buying the land or through development management agreements with the landowners.

Last year, Godrej Properties Ltd had said that it was planning to enter the plotted development space and build it as a separate vertical and asset class.

House of Hiranandani, founded by Surendra Hiranandani, has created ‘Loftline’, a brand that will focus on plotted developments and aspirational or more affordable homes. It recently launched a 4.28-acre project in Thaiyur, Chennai, with 66 plots on sale, priced at Rs25 lakh and above. “We expect 20% of our revenue to come in from Loftline. Plots are more affordable and it helps us cater to a wider segment of buyers. It’s a business that will give you higher volumes, if not margins,” said Prashant Mirkar, vice-president (marketing and sales), House of Hiranandani.

Plot sales also attract significance when home sales have been tepid for four years now. Even in such times, plotted developments are seemingly faring better because of affordability and as many said, the Indian investors’ love for owning a piece of land. Khushru Jijina, managing director, Piramal Finance Ltd, said that the rationale behind plotted developments involves quicker monetization of an asset.

A plotted project can be completed in a year or so, unlike villa or apartment projects that take multiple years to be completed. It also offers better internal rate of return for developers, attracts higher investor demand along with limited risks in project execution, as well as faster approvals, he said. Piramal Fund Management’s self-development arm, The Address Makers, recently launched a plotted project in Bengaluru and has two more in the pipeline.

Many developers who bought land parcels in locations assuming the area will get developed were later proved wrong. Many who planned apartments on a land parcel figured that it will be tough to sell them, and have switched to plots instead.

“Plotted development is a smart strategy in the current scenario. It is easily the best way for developers to liquidate their land bank today,” said Ramesh Nair, chief executive and country head, JLL India.

Tata Housing Development Co. Ltd will also be launching a plotted project on a 22-acre land parcel in Chennai. “It’s close to an industrial area and apartments may not have worked. However, we don’t have a planned strategy to do plots and will do them on a case-to-case basis,” said corporate marketing head Rajeeb Dash.