‘Post-truth’ declared word of the year by Oxford Dictionaries 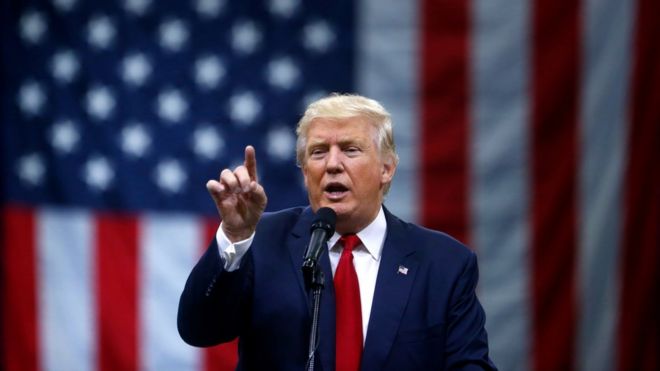 Oxford Dictionaries has declared “post-truth” as its 2016 international word of the year, reflecting what it called a “highly-charged” political 12 months.

It is defined as an adjective relating to circumstances in which objective facts are less influential in shaping public opinion than emotional appeals.

Its selection follows June’s Brexit vote and the US presidential election.

Oxford Dictionaries’ Casper Grathwohl said post-truth could become “one of the defining words of our time”.

Post-truth, which has become associated with the phrase “post-truth politics”, was chosen ahead of other political terms, including “Brexiteer” and “alt-right”.

It was chosen from a shortlist selected to reflect the social, cultural, political, economic, and technological trends and events of 2016.

Oxford Dictionaries says post-truth is thought to have been first used in 1992.

However, it says the frequency of its usage increased by 2,000% in 2016 compared with last year, coinciding with the EU referendum and the campaign for the White House in the US.

Mr Grathwohl said: “Fuelled by the rise of social media as a news source and a growing distrust of facts offered up by the establishment, post-truth as a concept has been finding its linguistic footing for some time,” he said.

“We first saw the frequency really spike this year in June with buzz over the Brexit vote and again in July when Donald Trump secured the Republican presidential nomination.

“Given that usage of the term hasn’t shown any signs of slowing down, I wouldn’t be surprised if post-truth becomes one of the defining words of our time.”

Last year, Oxford Dictionaries chose a “pictograph” as its word of the year for the first time ever.

It said the “face with tears of joy emoji” best represented “the ethos, mood, and preoccupations of 2015”.