A Mysterious Lenovo phone has been certified by the Bluetooth Special Interest Group (SIG). Carrying a model number of P2a42, the device – as per the listing – is powered by a Snapdragon 625 SoC, and sports a 5.5-inch display. 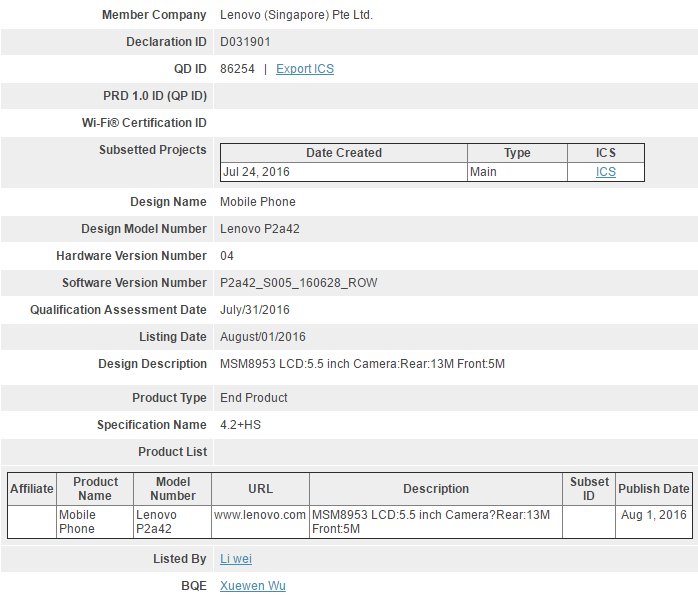 In addition, the listing also reveals that the phone features a 13MP rear camera and a 5MP front shooter. Aside from Bluetooth SIG, the handset has also been spotted on Postel (the Indonesian equivalent of the FCC).

Sadly, nothing else is currently known about the P2a42, although some say it could be a variant of the upcoming Lenovo Vibe P2, which, in case you missed, has already been spotted on Geekbench as well as leaked in live images.