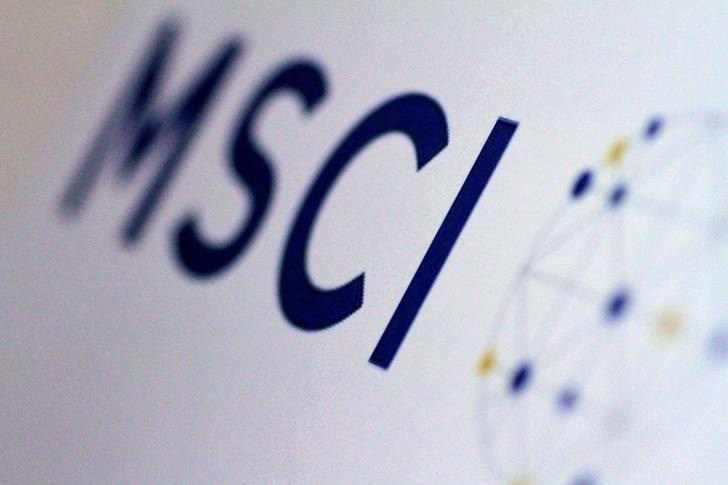 MSCI’s decision to add Chinese shares to a key benchmark is a major milestone, but investors say it will be a long and rocky road ahead before the might of the world’s second-largest economy is fully reflected in global indexes.

The U.S. index provider said on Tuesday it would add 222 China-listed stocks to its Emerging Markets Index, tracked by around $1.6 trillion (1.27 trillion pounds), in what analysts and investors described as a gesture designed to end a four-year impasse with regulators over China’s remaining market controls.

But they said it could still take as long as a decade for MSCI to include Chinese shares at the country’s full weighting, citing ongoing uncertainty over the pace of reform, the risk of regulatory shifts and weak corporate governance.

“MSCI is at a crossroads. There has been a bit of a stand-off between MSCI and the Chinese regulators, with both parties keen for inclusion to happen – but there are still all these issues unresolved,” said Douglas Morton, Head of Research Asia at Northern Trust Capital Markets.

“The government does step in to support the market. From an international investor’s point of view, there are concerns that this is not a freely floated index,” said Morton, noting Western governments were not immune to similar interventions.

Although China has made strides with its liberalisation agenda, it has also proved willing to temporarily row-back on reforms at times of crisis.

Beijing intervened heavily in the stock market during the 2015 crash, imposing a raft of capital controls only months before the International Monetary Fund made a decision to include the yuan in its basket of reserve currencies.

MSCI has been in discussions with Chinese regulators and global investors for four years over whether to add yuan-denominated shares to the benchmark, but long excluded them because of restricted access to China’s equity markets.

The company said it could add a selection of 222 large-cap stocks at a tiny weight of just 0.73 percent, because these shares can be easily traded through a Hong Kong-China “Connect” link.

Increasing that weighting will require further market liberalisation, from allowing capital to flow more freely in and out of equities to addressing the high number of stocks that are suspended for long periods.

Sebastien Lieblich, global head of index management research at MSCI, said he could not provide an indicative timeline for full inclusion, or an initial weighting increase.

“It’s really in the hands of the Chinese stakeholders, they are dictating the timing,” he told reporters.

“I think it could take five to 10 years for China to be represented at half its total weight in the global indices. In terms of the uplift in inclusion factor, I’d be surprised if they make a following adjustment next year,” said David MacKenzie, head of Asian Equity Management at Schroders.

And China still has hearts and minds to win elsewhere. Despite MSCI’s move, Mark Makepeace, CEO of MSCI rival FTSE Russell, which compiles the other major emerging market benchmark, told Reuters that many investors continued to have reservations about the China market.

“The obligations of China with respect to opening up to international investors in the event of inclusion need to be clear,” he said in an interview.

The China Securities Regulatory Commission, the country’s securities watchdog, said in a statement that inclusion was “both an opportunity and a challenge for reform” and that China would continue to try to internationalise its market while promoting stability at home.

“A” share inclusion and an influx of institutional investors should help promote Beijing’s reform agenda over the long term, but investors worry the addition of the new shares, the bulk of which will be in China’s troubled financial and industrial sectors, also poses near-term risk.

“In our experience, many Chinese A-share managements have yet to fully grasp the duties imposed by a listing, not to mention inclusion in a global index,” said Gary Greenberg, head of emerging markets at Hermes Investment Management, in a note.

“The ability to communicate with foreign investors, even in companies with worldwide operations, tends to be less than world class. For businesses with top line revenues that can top $15 billion, this should have been fixed by now.”