Ministers ‘have no plan to address teacher shortages’ 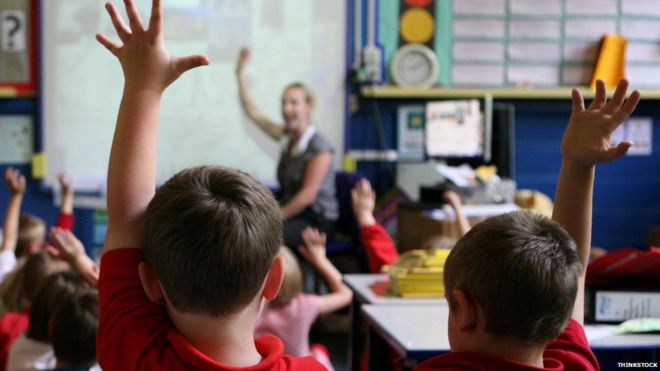 Ministers have “no plan” to meet the growing teacher shortage in England, says the Public Accounts’ Committee.

The select committee, which has called for an overhaul of the system, says in a report that the government has no sense of urgency in making sure schools have enough teachers.

This is despite teacher training targets being missed for four successive years.

Committee chair Meg Hiller said the training of teachers was too important to get wrong, but the government had taken too little responsibility for getting it right.

“The Department for Education (DfE) has repeatedly missed its target to fill training places. At the same time, it has remained woefully aloof from concerns raised by front-line staff and freely available evidence.”

She said the department “took comfort from national statistics but pays insufficient heed to the fact that teaching happens locally, in individual schools”.

The DfE monitors the national teacher vacancy rate, but this does not take into account the fact that schools do everything they can to cover any gaps and put teachers in front of classes.

They will ask existing staff to take on extra duties, use more supply teachers and ask teacher assistants to fill in.

Ms Hillier added: “It is a basic point but one worth spelling out for the government’s benefit: variations in the supply and quality of teachers at local level can significantly affect pupils’ educational attainment and life prospects.

“This highlights the disconnect between real-world problems and a government department whose haphazard approach to teacher training risks putting pupils’ futures in jeopardy.”

The report said national statistics disguised significant local variations and did not reflect the experience of head teachers across the country when trying to recruit.

“From its national vantage point the department does not understand, and shows little curiosity about, the size and extent of teacher shortages around the country and assumes the head teacher will deal with gaps,” the Training New Teachers report said.

The report expresses concern about how many pupils are being taught by teachers without higher level qualifications in the subjects which they teach.

It cites a survey by the Association of School and College Leaders, which reported in March that nearly three-quarters of school and college leaders are asking teachers to take subjects in which they are not specialists.

The report also acknowledges that the DfE has been introducing new methods of recruiting teachers for some years but many of these plans “were experimental, unevaluated and still evolving”.

“Its approach is reactive and lacks coherence,” the report added.

The report urges the government:

Malcolm Trobe, Association of School and College Leaders interim general secretary, said: “This report is a wake-up call for the government about the teacher recruitment crisis. We have repeatedly warned about the scale and severity of this problem.

“While the government has belatedly taken some action to address this situation, its measures do not go far enough or fast enough.”

Schools minister Nick Gibb said the government did not recognise this picture of teacher training and was “disappointed” the report did not recognise “the significant work already done, and the vision set out in the White Paper, to increase the number of people entering the classroom”.

“We know there are some local challenges, the truth is despite rising pupil numbers and the competitive jobs market a stronger economy has created, more people are entering the teaching profession than leaving it, there are 13,100 more teachers today than when we came to office and the ratio of teachers to pupils is stable with more teachers also choosing to come back to the classroom,” he said.

“All of this is thanks to an aggressive and concerted approach to teacher recruitment including high profile media campaigns, new routes into teaching and generous bursaries.”

Shadow education secretary Lucy Powell said: “The Tory record on teacher recruitment and retention is one of failure. Year after year they have missed recruitment targets and their policies are driving teachers out of the profession with the highest number of teachers ever leaving last year.”