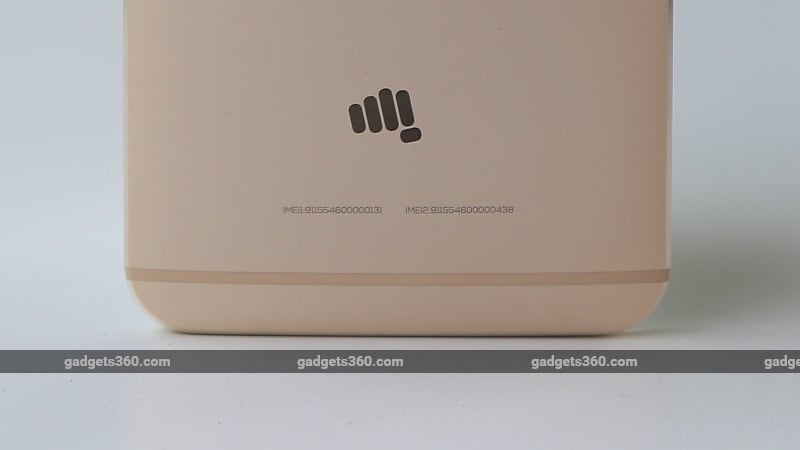 Micromax Bharat 5 smartphone will be launched today at an event in Gurugram at 12pm IST on Friday as the Indian brand’s reply to the newly-unveiled Xiaomi Redmi 5A. Micromax has been teasing the big battery of the Bharat 5 smartphone on social media. In fact, a teaser released on Thursday suggests the battery capacity may be as high as 5000mAh. The teaser image also includes a flash icon that would be a hint towards a fast charge technology. In the Bharat 5 launch invite, the company has used the tagline “Witness the ‘Power of 5′”.

Micromax brought its Bharat range of smartphones of affordable smartphones with the launch of the Bharat 2 in April. The smartphone was debuted with 4G VoLTE support and was launched at a price of Rs. 3,499. In September, Micromax launched the Bharat 3 and Bharat 4 as the superior models in the new line – following the success of selling over two million Bharat 2. Both the handsets were launched with Android 7.0 Nougat and localised features such as support for 22 Indian languages. While the Bharat 3 was priced at Rs. 4,499, the Bharat 4 had arrived with a price tag of Rs. 4,999.

In October, Micromax partnered with BSNL to launch the Bharat 1 feature phone with 4G VoLTE support. The feature phone was designed to take on Reliance Industries’ Jio Phone and Bharti Airtel’s Karbonn A40. Micromax had set the price of its Bharat 1 at Rs. 2,200. Vodafone recently partnered with Micromax to offer cashback of Rs. 2,200 on four of its handsets, Bharat 2 Plus, Bharat 3, Bharat 4 and Canvas-1.

If we consider the preceding Bharat phones, the Bharat 5 can be expected to sport an economical price tag. This may give it an edge against the Xiaomi Redmi 5A that was launched in India on Thursday with a starting price of Rs. 5,999 – thought the first 5 million units would have a Rs. 1,000 discount. The Redmi 5A has a 5-inch HD display, quad-core Qualcomm Snapdragon 425 processor, 13-megapixel primary camera sensor, and a 3000mAh battery. It comes in two variants – one with 2GB RAM and 16GB onboard storage and the other one with 3GB RAM and 32GB storage. Both have a microSD card slot to expand the built-in storage by up to 128GB in a hybrid dual-SIM configuration. Moreover, Xiaomi has provided its MIUI 9 based on Android Nougat.