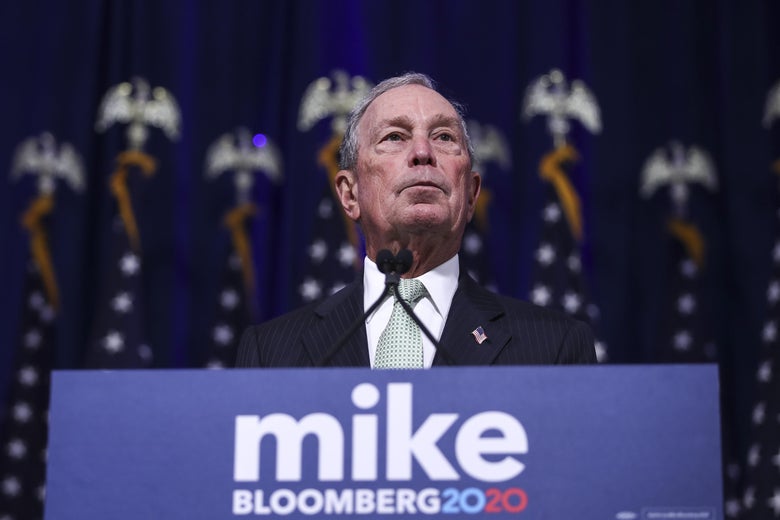 Billionaire and former New York City Mayor Michael Bloomberg seems to be hoping that his riches can help make up for his late entrance into the 2020 Democratic primaries. He made a splash with an initial television ad buy of more than $30 million, the largest expenditure that a presidential campaign has ever made in a single week, according to the New York Times. Ads touting his positions on health care and climate change, as well as his entrepreneurial and political successes, have been bombarding TV markets across the country. The former mayor plans to spend up to $1 billion of his own money over the course of the campaign.

While the scale of the spending is considerably smaller, Bloomberg’s campaign has also aggressively pushed online ads. (The campaign’s digital director is, notably, Gary Briggs—Facebook’s former chief marketing officer.) He spent more than $1 million on ads for Facebook and Instagram in the first week of the campaign, rivaling what many of his Democratic competitors have spent individually over the course of the entire race. These ads seem to be almost exclusively aimed at the states with primaries on Super Tuesday in March, a strategy he’s pursued with his television ads as well since he won’t be eligible to compete in early primary states like Iowa and New Hampshire. He’s also spent nearly $500,000 on ads on Google and YouTube. And on Nov. 15, Bloomberg spent $100 million on digital ads attacking Donald Trump but not promoting his own candidacy. (He officially launched his campaign on Nov. 24.)