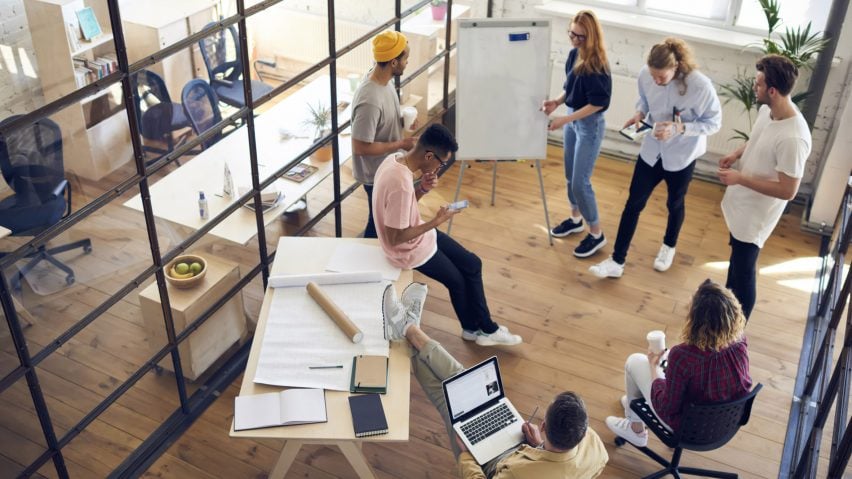 People who say that architecture education isn’t fit for purpose are ignoring the many educators and students addressing very real issues, says Sean Griffiths in defence of the current system.

Architecture education is once again under attack. Patrik Schumacher condemns its “art school” model as ill-suited to the production of practice-ready architects. Meanwhile, others decry the iniquities of the “master-led” unit system that dominates education in the UK.

It’s too expensive and is at the root of a mental health crisis amongst over-worked and under-resourced students who, when not working all-nighters, lie awake fearing for their futures, they claim. And those of us who educate architects are narcissistic egoists pursuing idiosyncratic research projects unrelated to reality, for whom students are nothing but an endless stream of guinea pigs forced to pay to be experimented upon.

While the RIBA wants to reform it to death, a large section of the profession thinks that educators are failing at our sole task, to train students for practice. This group forgets that many of us are practitioners too. They also forget that two years of an architect’s education are spent in practice in order to train for practice. If there are deficiencies here, some in the profession might benefit from looking closer to home. The students they employ might reap the rewards too.

This caricature of architecture education is not one I recognise. Yes, some tutors continue to treat the whole thing as an ego trip but this is far from true across the board. And yes, it is outrageously expensive and students’ well-being is being put at risk. But these are not problems that occur only in architecture, they are endemic across the whole of higher education. And the solution: to drastically reduce or preferably, eliminate, student fees altogether, would provide much relief and not only to students of architecture.

This caricature of architecture education is not one I recognise

If my own school’s feedback is anything to go by, students, despite very real problems around finance, workloads and mental health, express very high degrees of satisfaction with the content of their courses, a sense that was also reinforced in the opinions expressed by a group of young architects and new graduates who took part in a recent event organised by Dezeen in London, called The Next Generation of Architects.

Patrik Schumacher has well documented pro-free-market views, so, his reactionary position on education comes as no surprise. But he is mistaken. Perhaps since his enthusiastic embrace of Brexit, he is keeping the wrong company as he takes the golf club bore’s view, usually the preserve of the mediocre commercial practitioner, that education’s role is not to be a good in itself, but to provide a regular supply of fodder for the market.

In singling out parametricism as the only style appropriate for today, in which students need to be schooled of course, he relies on an anachronistic, “art-historical” view of architecture as a succession of hegemonic styles reflecting the ideologies of the ruling class in its various historical forms.

Patrik Schumacher has well documented pro-free market views, so, his reactionary position on education comes as no surprise

Just as the baroque attended to the propagandistic needs of the Catholic Church and Absolute Monarchy, architecture’s job in the form of parametricism is to deliver an oligarchitecture for the one per cent.

And this, as one educator I spoke to put it, is precisely what current education needs to challenge. While experimental methods still proliferate – and importantly, these remain valuable for the development of young architects who also, by the way, happen to thoroughly enjoy them – it is profoundly misleading to suggest that they solely define architecture education today.

Characteristic of many of the current pedagogies available across a wide variety of schools is an expansion of the architecture field to embrace a host of approaches that critique the idea of the architecture of the one per cent and offer alternatives to it.

At my own school, Lindsay Bremner’s studio, Monsoon Assemblages, is associated with an EU-funded research programme which uses data technologies to analyse and ameliorate the effects of climate change on the urban environments of southeast Asia. A number of studios are questioning the patriarchal culture of education and practice. Workloads are shared and the focus is less on nurturing the “genius” of the individual designer and more on collaboration and outreach into real communities outside of the academy.

These include studios exploring feminist practices, queer theory and disability. Meanwhile, Jos Boys’ DisOrdinary Architecture Project is a network of artists, architects and educators treating disability not as a ‘technical’ problem but as the starting point to think creatively about the built environment as whole.

The increasing proximities of design and fabrication and the potential for the democratisation of design processes through technology are being explored by the likes of Gilles Retsin and Mollie Claypool-Glass at UCL, and Arthur Mamou-Mani and Toby Burgess at Westminster.

For my own part, the studio I run with Kester Rattenbury at Westminster deploys apparently “conceptual” practices like chance operations and gaming alongside collaborations through which students act as clients for, and makers of, each other’s work. These tactics undermine notions of individual authorship, create dynamic shifting situations not unlike those found in practice while challenging architecture’s division of labour.

All of these approaches are addressing urgent issues through imaginative thinking about forms of practice which have the potential to extend the profession’s scope and which are a million miles from Schumacher’s narrow world.

While there are now educational options, such as those promoted by the London School of Architecture and Sheffield’s collaborative practice model, which address some of the issues facing students by allowing them to earn and learn simultaneously, there is also scope within the design content of the courses provided by the schools to also explore potential solutions to some of these problems.

How, for example, might engagement with all kinds of digital technologies from game design to VR environments, and from app development to the deployment of new fabrication techniques lead to new forms of practice that might expand the earning potential of architects?

Can the astonishing range of skills that students now possess on graduating, skills that few current practitioners can match, open doors in other disciplines for those who have benefited from modern architecture education? I already know of students who have become artists, game designers, digital makers, VR developers, TV production designers, climate researchers and coffee entrepreneurs as well as architects.

Climate change, the refugee crisis, social housing, the division of labour, the fetishization of authorship and intellectual property are all issues being seriously explored and researched in schools of architecture today

How might new forms of collaborative practice and engagement with automation challenge the centrality of work, not just in architecture culture but in society as a whole? How might architecture schools think about and test new forms of political organisation, perhaps reimagining forms of practice that used to be the norm when 50 per cent of architects worked in the public sector.

Perhaps such models can address the need for new forms of socially oriented architecture, while prototyping new kinds of practice environments which promote reasonable pay and conditions so that all members of the profession can flourish as practitioners of many different kinds.

Just as the AA and its much-imitated unit system of education, which offers students a choice from a smorgasbord of approaches to architecture, each lead by a unit master begat the current world of Starchitecture, it is again education which leads the way today with a sometimes moribund profession, still operating on a model of the profession invented in the nineteenth century, trailing in its wake.

Climate change, the refugee crisis, social housing, the patriarchy, the democratizing effects of new technologies, the possibilities of collaboration over competition, the division of labour, the fetishization of authorship and intellectual property are all issues being seriously explored and researched in schools of architecture today.