Is Bad Business Writing Killing Your Career And Business? 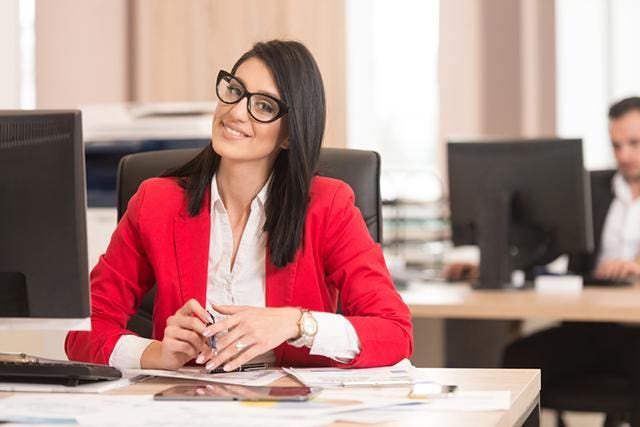 A few weeks ago, I received an email from one of my book publishers asking me to sign an amendment to a contract. From the salutation, I could tell the email had gone to several authors. As I read the transmittal email, my first thought? The publisher’s email has been hacked. This is a phishing attempt. The email had convoluted sentences, punctuation errors, and layout problems galore.

Scrutinizing the URL closer, I saw no problem there. It definitely seemed to have originated from my publisher. But knowing how clever scammers can be, I feared opening the amendment without verifying.

So I forwarded the email to my editor to ask: “Did this email come from someone at your office? The URL looks legitimate, but the writing caused concern. Is it a phishing attempt?”

“Hooo boy, thanks for asking about this! This IS an official email from …” he continued to explain where it originated.

With his confirmation, of course, I opened and signed the attachment. But the incident raised the bigger question:

The Bigger Question and Perception Problem

How often do other customers or coworkers ignore what they receive because it’s poorly written?

The publisher’s email brought to mind once again responses from a recent University of Northern Colorado study of white-collar workers: Forty percent said poor writing lessened someone’s credibility. And fully, one in four workers reported that they’d reconsider doing business with someone and their organization because of poor writing.

In addition to the perception problem, clarity and efficiency matter. By efficiency, people mean they don’t want to have to email back and forth 3-4 times to get a problem solved or to get clear information about a product, service, or situation.

So to make sure your own skills are not holding you back—or destroying your company’s reputation—consider how to transform bad business writing to better represent you.

Start With an Overview

Email is how you show up in today’s workforce. So because the format makes writing so quick and easy to do a brain dump, that’s what many do. You see Facebook posts that start with “So…” as if continuing a conversation. The carryover to business writing is informality. While an informal tone is fine and even preferred, the structure should not be.

When writing on an important business project or situation, the goal should not be to point cursor, and dump brain.

Think first and summarize your message. Start with that. Then elaborate on the details.

Never let your reader finish your proposal, report, or email, thinking “So what?” “What does this mean?” “What am I supposed to do, consider, approve, buy?” State directly any recommendation or next action—either the reader’s or your own.

Structure Details From Most to Least Important

If you’re writing a status report, proposal, feasibility study, incident report, or whatever, consider that readers are probably not equally interested in everything you say. Organize with that in mind. The more they read, the more they’ll know. But they can always stop early and have the most important information.

Yes, even in a brief email you may need to add headings, bolding, or lists to help readers quickly skim to find what they need. A clear layout also helps people to relocate details later for a quick reference.

Bullets are small, but deadly. Likewise, just because punctuation marks are small doesn’t mean their impact is insignificant. An incorrectly placed (or missing) comma can change—and even reverse––the meaning of your sentence.

Affect versus effect. Its versus it’s. Compliment versus complement. Insure versus ensure. You probably have your own mental list of those often confused words. They are not simply misspellings. They are the wrong word altogether. That’s like ordering filet mignon at the restaurant. Then later when your entrée arrives, you shrug, “Oh, that was just a misspeak. I meant lobster.”

When you write the wrong word, it’s not simply a typo or misspelling. It’s lobster, not filet mignon. Grab a great grammar book, copy its list of the most frequently misused words (link to my book Booher’s Rules of Business Grammar), and master them.

Your writing is your face on the page. Show up in style. Your career and your organization depend on it.