Injustice 2 Gets Black Manta on September 12; Menat Comes to Street Fighter on August 29 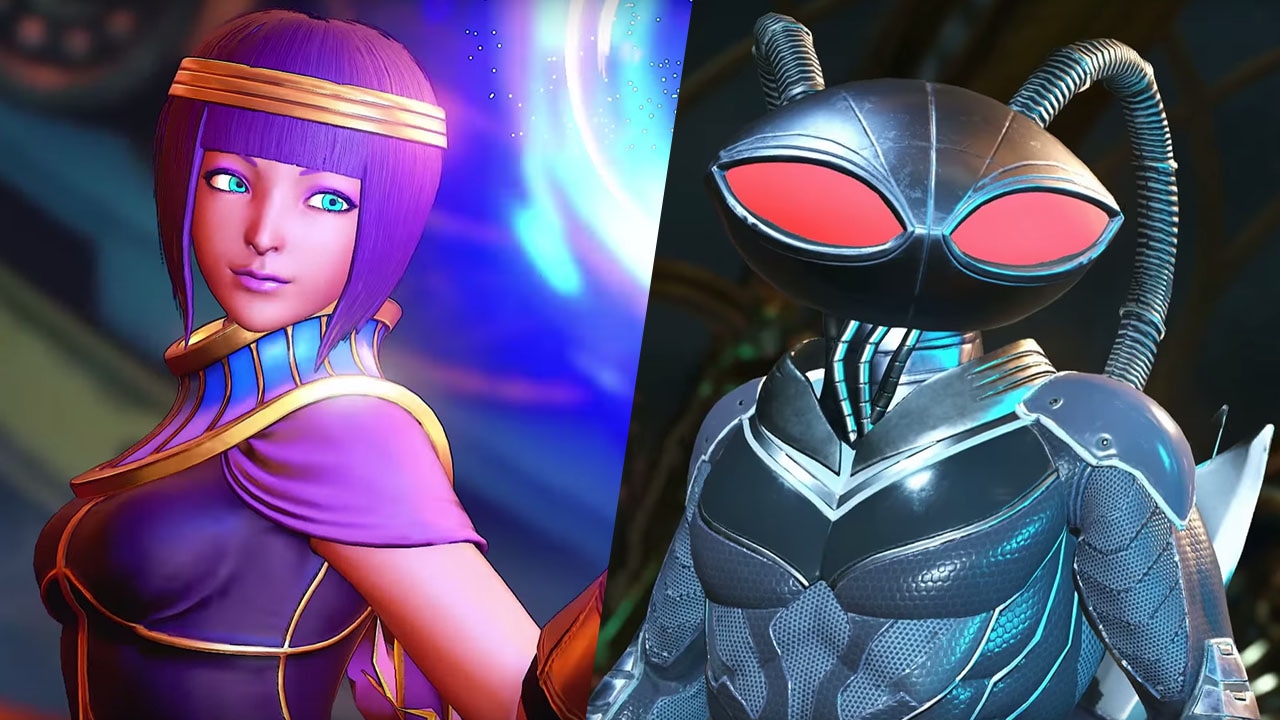 Mere days after revealing three new fighters for Injustice 2 – Black Manta, Hellboy, and Raiden – publisher WB Games has provided a gameplay trailer for the first of them, which showcases the character’s moves and play-style. Separately, Capcom has announced a new character for Street Fighter V: Menat.

Much of the two-minute Injustice 2 clip focuses on Black Manta taking on his DC Comics arch-enemy Aquaman, as he stabs him over and over, blasts him with lasers, spews threats, and then repeats the entire process. It also shows the Black Manta’s intro and outro pose, plus the signature final move that can be executed for a win.

Black Manta is set to make his movie debut in next year’s Aquaman film from director James Wan (Furious 7), where he’ll be played by Yahya Abdul-Mateen II (The Get Down).

Hellboy is the eponymous character of his own series from Dark Horse, which was created by Mike Mignola. He was summoned to Earth by Nazi occultists as a demon baby, and then taken in by Allied forces who helped start the Bureau for Paranormal Research and Defense.

The last of them – Raiden – comes from Mortal Kombat, and is based on the Japanese thunder god Raijin. His capabilities include teleportation, flight and control of natural elements, though we don’t know his powers in Injustice 2 just yet.

All three new fighters will be available September 12 as paid DLC. It’s free if you own the Ultimate Edition of Injustice 2.

Meanwhile, the other big fighting game from last year – Street Fighter V – has also announced a new hero of its own: Menat. Named after the alias of an ancient Egyptian god, Menat is a fortune teller in Street Fighter. The play style is visibly very similar to Rose from SF4, and is reportedly Rose’s apprentice.

The female hero will have three looks: a standard, story mode, and battle costume. Menat will join SFV on August 29, becoming the eighth new character since the game’s launch.