Honor 6X gets 1 million registrations within first day of launch

The Honor 6X was only announced a day ago, and the phone has already racked up over 1 million registrations. These registrations don’t necessarily translate into actual purchases, but with that number of registrations it’s easy to see many are excited for the Honor 6X. TheHonor 8 was able to gain more registrations, though, which the phone reached to 5 million within the first four days of the phone’s announcement. 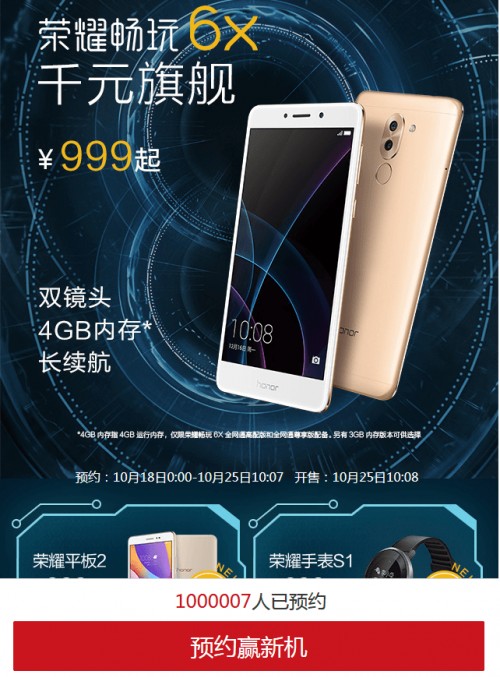 Registrations are being taken now until the day before the phone goes on sale in China, which is October 25.

The Honor 6X features a 5.5 inch 1080p display and a 12MP rear-facing camera, there’s also a HiSilicon Kirin 655 CPU paired with 4GB of RAM. It’ll be interesting to see how this CPU compares to the Snapdragon 616 CPU found in last year’s Honor 5X.

In the camera department, there’s a dual 12MP camera setup on the rear, which we can expect to work much like those of the Huawei P9 and Honor 8. On the front, the phone features an 8MP selfie shooter. Go here for more on the Honor 6X.