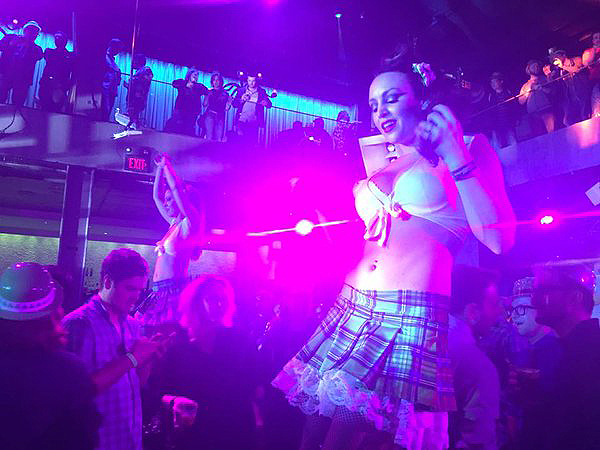 The technology and video game industries have been unwelcoming to women in a variety of ways for years now, with the “booth babe” at big events being a prime example. Despite an ongoing backlash against such exclusionary tactics, Microsoft seemed to think it was appropriate to have a party last night at GDC featuring scantily-clad women as some form of entertainment, and the backlash has been swift — so much so that head of Xbox Phil Spencer just released a statement apologizing for the event.

Spencer’s full statement is below.

At Xbox-hosted events at GDC this past week, we represented Xbox and Microsoft in a way that was not consistent or aligned to our values. It was unequivocally wrong and will not be tolerated. I know we disappointed many people and I’m personally committed to holding ourselves to higher standards. We must ensure that diversity and inclusion are central to our everyday business and core values. We will do better in the future.

The Xbox event was particularly questionable considering that the company hosted a women in games lunch event at GDC — clearly an example of one part of the company not knowing what the other was doing. We’d expect not to see another incident like this associated with Microsoft or Xbox any time soon, but it’s still rather mind-boggling that someone gave the green light to it in the first place. Microsoft posted a letter that Phil Spencer has sent to the entire Xbox staff in which he expands on the comments made in today’s public statement.

How we show up as an organization is incredibly important to me. We want to build and reflect the culture of team Xbox — internally and externally — a culture that each one of us can represent with pride. An inclusive culture has a direct impact on the products and services we deliver and the perception consumers have of the Xbox brand and our company, as a whole.

It has come to my attention that at Xbox-hosted events at GDC this past week, we represented Xbox and Microsoft in a way that was absolutely not consistent or aligned to our values. That was unequivocally wrong and will not be tolerated. This matter is being handled internally, but let me be very clear – how we represent ourselves as individuals, who we hire and partner with and how we engage with others is a direct reflection of our brand and what we stand for. When we do the opposite, and create an environment that alienates or offends any group, we justly deserve the criticism.

It’s unfortunate that such events could take place in a week where we worked so hard to engage the many different gaming communities in the exact opposite way. I am personally committed to ensuring that diversity and inclusion is central to our everyday business and our core values as a team – inside and outside the company. We need to hold ourselves to higher standards and we will do better in the future.

Spencer said the party “represented Xbox and Microsoft in a way that was not consistent or aligned to our values” and went on to call it “unequivocally wrong.” Head of Xbox marketing Aaron Greenberg had earlier chimed in about the incident on Twitter, saying he was “very disappointed” and looking into the matter.