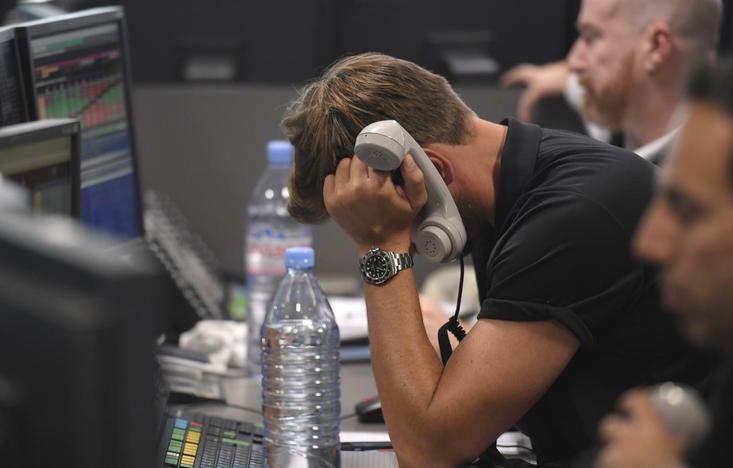 UK shares fell at the open, set for their biggest drop since June 27 as stocks and bonds were sold off across the world on nervousness about central bank policies.

Equities dropped as bond yields rose in the U.S. and Asia on the back of a possible September U.S. rate hike and questions about whether central banks had reached the limit of their stimulus measures.

The FTSE 100 index was down 1.6 percent at 6,667.08 points by 0904 GMT, extending its losses from Friday. The fall was in line with a broader decline on European markets.

“The reason to own FTSE 100 stocks, the main one over the last couple of months, is not as valid as it was when (bond)yields were lower,” James Helliwell, head of markets at the Lex van Dam Trading Academy, said.

“The dividend yield of the FTSE is just not as attractive compared to other equity markets, if yields are rising across the board.”

Miners were among the top fallers, with the FTSE 350 mining index down 3.6 percent, led lower by Anglo American, BHP Billiton, Antofagasta and Glencore which all fell between 3.8 percent to 5.2 percent after the price of copper was also hit by risk aversion, down at its lowest in more than two months.

The top faller was AB Foods, which dropped 6.8 percent and was on track for its biggest loss since June 27 after reporting its results.

The company raised its earnings outlook for the second time in two months, but worries concerning its Primark unit weighed.

“While the sugar outlook looks supportive for 16/17, the rather more crucial Primark performance appears light on sales, margin and space guidance. Given the recent recovery back to peak multiples … the shares look vulnerable to profit-taking in the near term,” analysts at Jefferies said in a note.