In Detroit, Anyone Can Be a Real Estate Developer 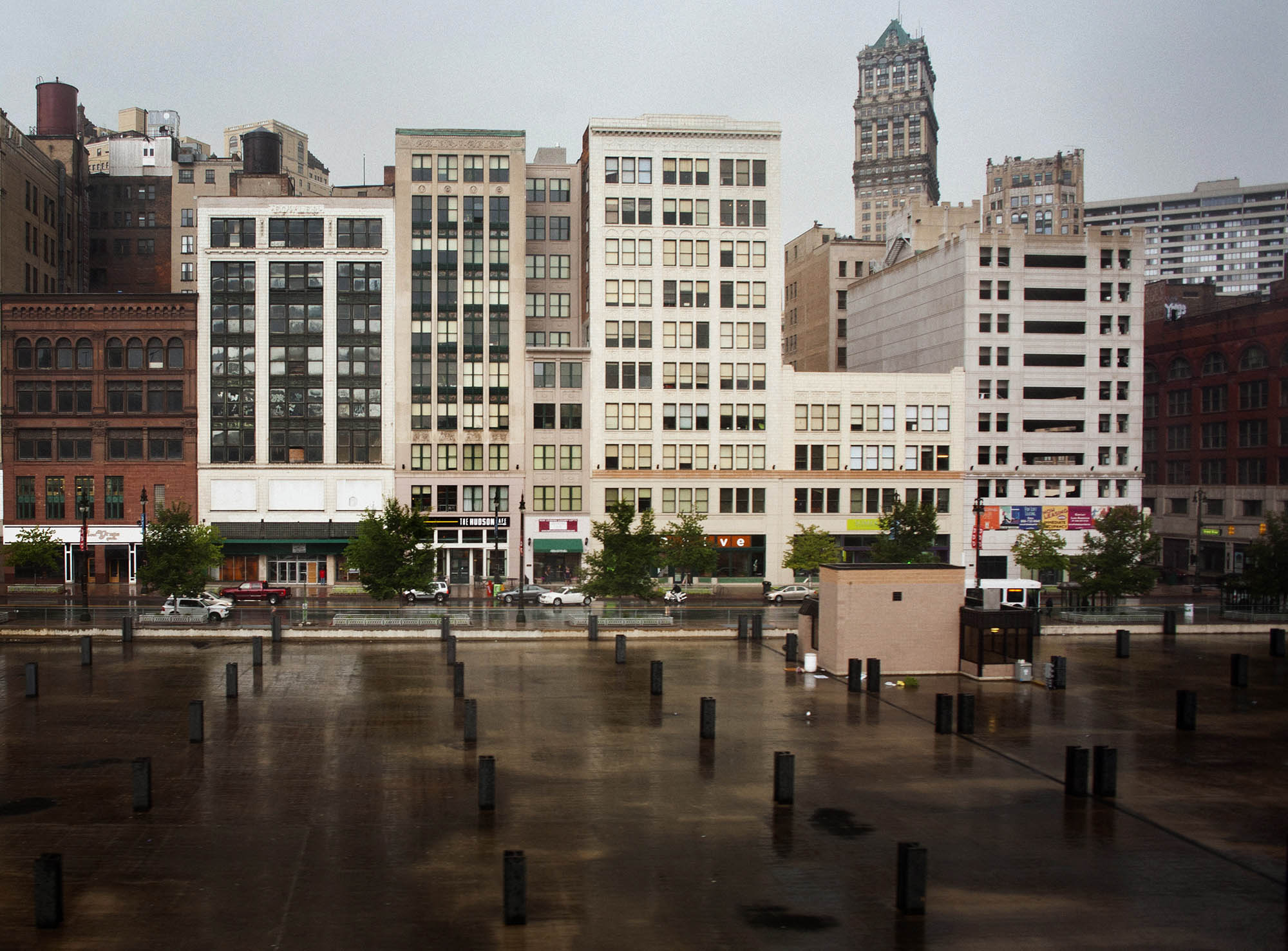 An urban revival has to start somewhere, and in the case of Detroit, that place has been downtown.

Coming out of the Great Recession, a handful of real estate developers invested heavily in a bid to lure corporate employers—and, more recently, business travelers and condo buyers—back to the center of the city. That theme has met with occasional criticismthat most efforts are intended to make Detroit more appealing to outsiders, without doing much for people who suffered through the city’s infamous decline.

One way, perhaps, to address the problem: help the city’s long-time residents learn to make their own bets on commercial real estate.

That’s the basic idea behind Better Buildings, Better Blocks, a low-cost program (the three-month seminar costs $100) designed to train local residents to invest in property and work in real estate. The project, run by a real estate lawyer named Chase Cantrell, was one of 33 projects awarded funding today through the Knight Cities Challenge, an annual competition that seeks ideas to make cities “more vibrant places to live and work.” Other winners of this year’s contest, which is administered annually by the Knight Foundation, include plans to turn bike paths in Grand Forks, N.D., into ice-skating paths in the winter, and a closed freeway in Akron, Ohio, into a public park.

“It’s easy to feel like, people are moving back from the suburbs and reaping the benefits, and we’re getting nothing even though we stayed here for decades,” Cantrell said. “The only way to fight that narrative is if native Detroiters get involved.”

Cantrell, a Detroit native himself, left a job practicing law to redevelop vacant commercial property in Detroit’s overlooked neighborhoods and teach others to do the same. The course was the brainchild of a University of Michigan business school lecturer named Peter Allen, who wanted to arm Detroiters with the skills to take advantage of the city’s rebirth. It is designed to help students identify investments, write a business plan, and approach banks and other real estate specialists. By the end of the course, students are expected to produce a plan they could take to a bank for a commercial mortgage.

Now, the project is armed with $150,000 from the Knight Foundation, enough to operate at least through the end of next year and to award small stipends to the best proposals that come out of each course.

One thing Cantrell’s students have going for them is that there’s plenty of property to buy, including tens of thousands of vacant homes and commercial properties that can sometimes be purchased for as little as $1,000. One recent graduate of the program is a young Teach for America veteran who bought a duplex so she could live in one half and rent the other. Another grad bought a house he intends to flip and two commercial properties he plans to fix up and rent. There’s no limit on how much or how little students in the program plan to spend on their investments, but somewhere between $40,000 and $70,000 is typical, Cantrell said.

Even at those low prices, it takes a lot of know-how and connections to pull off a successful deal. There’s plenty of risk investing in demoralized neighborhoods. Beyond those challenges, Cantrell said, the would-be investors have to overcome their knowledge of the past.

“It’s hard for people who stuck it out during the hard times to look at a place that represented trauma and decline and see opportunity,” he said. “Given the right tools, people will begin to do the work.”

Cities across the Rust Belt are working through backlogs of cheap property to figure out where to reinvest and what to tear down. Nonprofit organizations have engaged in fixing and flipping cheap houses, then put the profits back into the neighborhood. The idea of training a cadre of local, small-scale real estate developers could work in many cities where there’s cheap real estate, Cantrell said.

Or, like any other real estate investment, it could go bust.