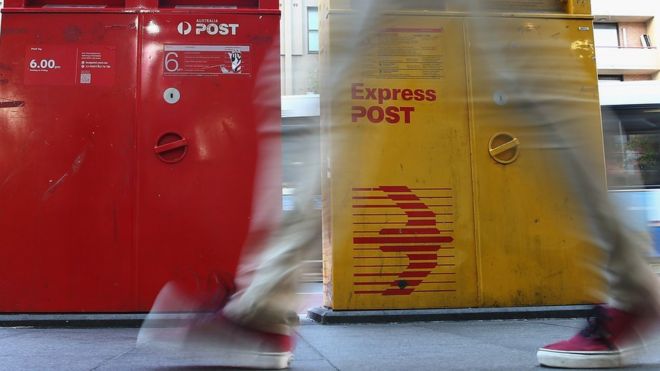 Australian Prime Minister Malcolm Turnbull has called on the country’s state postal operator to reconsider the pay awarded to its chief executive.

Mr Turnbull said the remuneration was “too high”.

Australia Post defended the payout, saying it included a bonus due to Mr Fahour who steered the business from loss to profit in 2016.

The organisation is government-owned, with politicians on all sides saying the salary was too high for a civil servant.

Mr Fahour’s total payout for the year to June 2016, included a A$1.2m bonus as well as all other benefits including superannuation (pension contributions), Australia Post said.

He added that all the firm’s profits – and almost three-quarters of its sales – came from its parcel business, which competed against the likes of DHL and FedEx.

The salary details emerged after a request from Australia’s Senate.

Australia Post stopped routinely publishing executive pay information after its 2014-15 annual report, but Mr Stanhope said there had been “no intended secrecy, or lack of transparency”.